Labels can have pluses and minuses—mine is nonbinary and bisexual LGBT. But I prefer human. I understand that shorthand makes some people comfortable—LGBT, LGBTQIA, LGBTQIA+, male, female cis, bi, trans. They can also bring people together. My funny best friend Stella loves joking about my partner and I. She says, “You and Rob are the straightest passing queer couple I’ve ever seen.” She is talking about our looks when we go out. Rob and I are both nonbinary and bisexual. Two people of the same gender (or lack thereof) who are dating, are described as a gay couple—but no one outside our circle see us that way.

“We look heterosexual, cisgender, and white.”

Stella’s joke is about passing privilege. She means we look heterosexual, cisgender, and white. And yes, we do. So, we pass. We get the right to feel less threatened in the outside world. That privilege of passing leaves me conflicted, though. By concealing our queerness in public, we are safer outside than other couples in the LGBTQIA community. That sense of security is a positive. However, I also feel judged because the topic of invisibility within the LGBTQIA community is contentious. I’ve experienced similar feelings within the disability community because my fibromyalgia is an invisible disability.

Without visual markers that indicate we are a nonbinary couple, where can we find support? I have the same question about how can I fit in? My debilitating pain from fibromyalgia is real. For someone in a wheelchair, perhaps they don’t see disabilities on a spectrum. To onlookers, I may look perfectly “normal” but I crave understanding. I yearn for communities that acknowledge my existence. I am nonbinary. I am disabled.

My fibromyalgia is not obvious to anyone. Sometimes I engage in deliberately performative behaviors. I’m searching for validation. Nobody knows when I cannot feel my feet. They don’t notice my trouble holding a pen. I move slower due to physical issues. I want people to see me. I want them to remember my pronouns.

Rob is amab (assigned male at birth). To cisgenders, he looks typically male due to height and facial hair. I’m afab (assigned female at birth). I have cis female build, i.e., my height, curve of my waist, and a feminine face. We often wear clothes that match our assigned genders. We try long hair and short hair. Despite queer signifiers , we look like a straight couple.

We are caught between performative behaviors that communicate our identities but compromise our safety. Rob will paint their nails and wear crop tops. I’ll wear button downs and use binding to conceal my chest. On a train ride, I sit like a guy. I also deliberately expose my knee brace, or crack my neck, or stretch in ways that make me look masculine and physically uncomfortable. I worry that if I am walking too slowly when getting off the train, people won’t assume it is a physical reason. They will think of me as lazy or rude.

With friends, sometimes I mention fibromyalgia symptoms. I say, “My lower back is impacting.” I want to communicate why I suddenly need to sit down. For my partner, behaviors feel more natural. Rob paints their nails because they think it looks nice. Rob wears crop tops because they look good on them.

Wearing nice dresses, wide-leg pants, or high-waisted jeans is a way that I betray myself. I hate that I worry about how I’m perceived. It’s frustrating that there’s no way afab people can be seen as nonbinary or androgynous to most cisgender people. Without wearing menswear, and looking as masculine as possible, won’t counteract my biological femininity.

A nonbinary identity has nothing to do with rejecting femininity or embracing of masculinity. We all feel the intricacies of identity differently. For me, nonbinary means I don’t feel anything towards any gender. If only it were possible for my physical form to reflect that. When asked why I feel nonbinary, or  why I don’t want to be a woman, I refrain from telling the truth.

I want to be a cryptid in a forest in Maine or a floating mass within the void. A place where no one can ask me stupid questions like that. But I keep it vague by saying, “I don’t know, I just am.” It would be too exhausting and none of their business to know being seen as a woman doesn’t feel bad. But it feels off. Having a bond with women and womanhood is natural to me. I feel woman-aligned as feminine nonbinary people do but I have overlapping experiences. I fear that one of these days I’m just going to resign myself to living life as a slightly “off” cisgender woman.

Sometimes I tell myself, “Stop being a baby! Be grateful you pass as a cisgender, heterosexual, and able-bodied woman. That’s how you’ll stay safe.” More obvious gender non-conforming and/or disabled folks face more harassment and danger. I know this from experience. When I use a cane it makes walking during flare-ups much easier. But that physical ease is offset by realistic fear. Walking home at night while using a cane screams, “Easy target!” Sadly, I know from experience.

When I opt to leave my cane at home, I worry that the pain won’t allow me to move fast enough if I need to get away. The times I bind my chest, or shave my head, I appear more GNC/LGBTQ. But those are also the times I’ve been called “Dyke” and “Faggot” and creepy men yell, “I’d love to fix you.” I’ve been followed too many times to ignore that misogyny is prevalent and unavoidable. If I appear feminine, men sit way too close to me on the subway. So, yes, I am grateful that I can “pass.” Yet, at the same time, I hate being too chicken to reveal who I am. Danger comes from all sides. How can I win? Disability communities don’t see my invisible illness. LGBTQ groups don’t welcome me as nonbinary and bisexual if I don’t look the part. Why isn’t there space for a wide spectrum?

The American Chronic Pain Association estimates that 2-4% in the U.S. population have fibromyalgia. There is no known cause or cure. Millions, mostly women, suffer from debilitating chronic pain. Why isn’t there more research to diagnose and treat this illness? Lady Gaga’s recent fibromyalgia diagnosis was kicked off the most discussion I have ever heard about fibromyalgia. It took years for me to find out that was the reason I was in pain.

At a trans-rights meeting in 2015 in the L.A. mayor’s office,  I spoke about the need for more gender-neutral bathroom facilities for everyone, but especially GNC/NB folks who may not feel safe or comfortable in a bathroom of a binary gender. Instead of support, I was met with criticism. I was told that the priority should be for trans folks to use the “proper” bathroom first. Nonbinary people would be considered after that.

We can’t afford to leave members of our communities in the margins, because it lengthens the march to forward progress. Despite throwing the first bricks at Stonewall, trans women—and the trans community as a whole—were left behind. Closed minds favored cisgender gays who were fighting to legalize marriage. Don’t get me wrong, marriage equality is important, and it’s been the sole focus for the LGBTQIA+ community for so long. The other legal forms of discrimination against all LGBT folks need to be addressed now.

The Psychic Weight is Heavy

The LGBTQ community grows weaker if not united. Our psychic weight is heavy. I often push away my thoughts out of self-preservation. My fibromyalgia diagnosis and nonbinary identity shape my view of the world. They are not what defines me. Unfortunately, haters have no desire to let others live peacefully. They rant instead of opting for “Live and Let Live.” Those guilty of violence, hate, homophobia, and xenophobia, crowd my consciousness much more than I’d like.

That’s when I turn to books and video games, cooking and new recipes. It helps me avoid the crippling weight of navigating my presentation options. Doesn’t safety need to be foremost? I crave safety, but not at the cost of respect and validation by my peers. Mostly, I opt to stay in my insular Brooklyn community, hanging with friends who see past labels. They know me as a human who loves RPGs [Role Playing Games], adores cats, and loves melting into a soft, heated blanket.

Vik Bensen is a native New Yorker and a recent graduate of the New School’s Political Science and Food Studies programs. They’ve worked with nonprofits around the city on food justice, mental health, and LGBTQ liberation. You can find them spouting nonsense around the web @nonbyenarie. 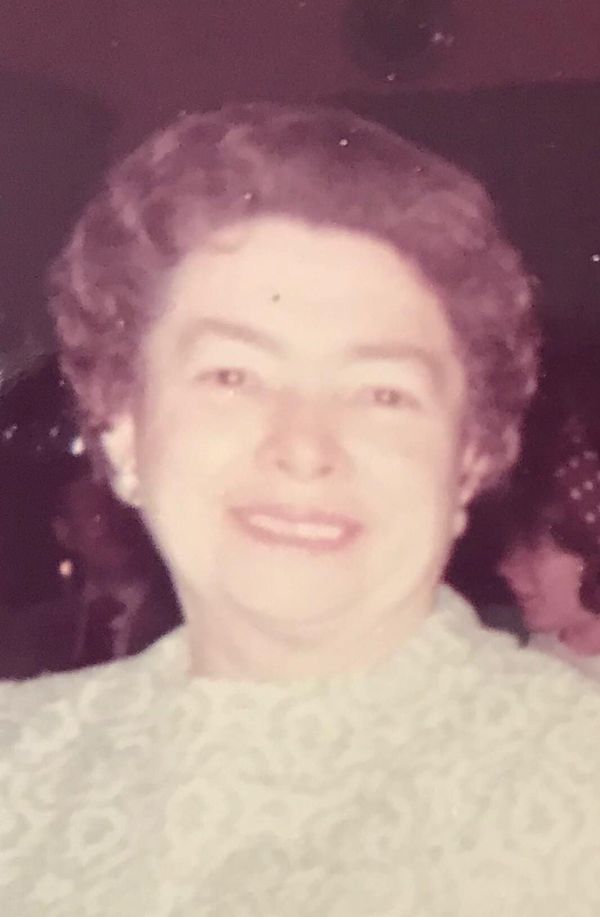 No matter how old you are, new relationships can make you feel like a kid – in all the good and bad ways.